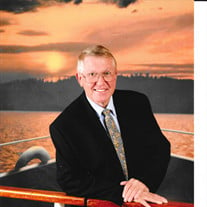 William Grady Walter (Sr.) passed away at King’s Daughters Medical Center surrounded by family, following an extended illness. Mr. Walter was born in Ashland, Kentucky, on November 5, 1945, the son of the late Lawson W. and Thelma Chandler Walter. He is survived by his loving and dedicated wife of 54 years, Carol Sue Walter (née Barcello). He is also survived by sons, Grady Walter II (Melissa Kirtley) of Lexington, Ky., and Dwight Walter, daughter-in-law Melissa K. Walter and granddaughters Casey Marie Walter and Marley Jayne Walter of Ashland and Emma Sue Walter of Wurtland, Ky. One of seven children, he is survived by brother Theodore B. Walter (Patricia) of Lexington and sisters-in-law, Betty Jo Walter, Sylvia Walters, Jenny Walter, and Carole Walter; and brothers-in-law Greg Barcello (Elmira) and Robert Barcello as well as many nieces, nephews and cousins, all of whom he loved very much. He was preceded in death by brothers Lafayette Walter, John Paul Walters, Wendell Jack Walter, Richard B. Walter and sister Norida Nipp and brother-in-law Bob H. Nipp Sr. Mr. Walter was a proud 1964 graduate of Thomas R. Brown High School in Catlettsburg. While still in high school, he was recruited by the Federal Bureau of Investigation (FBI) and upon graduation moved to Washington, D.C., where he worked and formed a lifelong love of the nation’s capital. Later as a teacher, he enjoyed chaperoning students to Washington through the Close Up Foundation. Upon returning from Washington, D.C., he worked at Ashland Oil, Inc., where he met his future wife Sue, and attended Ashland Community College. He graduated from the University of Kentucky and later earned a master’s degree from Morehead State University. In 1969, he began teaching Social Studies at Russell High School and coached basketball, golf and most notably football in a career that spanned 34 years. He was beloved by many colleagues and former students and athletes whom he inspired over the years, including the children and grandchildren of his early students. Visitation will be Monday, 7/19 from 6:00-8:00 p.m. at Miller Funeral Home and on Tuesday 7/20 at 11:00 a.m. prior to the funeral service, which will begin at 12 noon at the Miller Funeral Home. Graveside service will follow at the Golden Oaks Memorial Gardens. In lieu of flowers, donations may be made to the Rusty Burke Scholarship Fund, c/o Linda Moore, 1922 Ferguson Street, Ashland, Ky 41101.

The family of William Grady Walter created this Life Tributes page to make it easy to share your memories.

Send flowers to the Walter family.