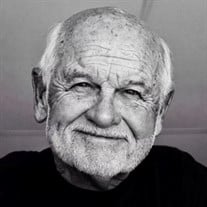 Roland Douglas “Chip” Miller, 75, of Ashland, Kentucky passed away Friday evening, November 12, 2021 in Joanne’s Hospice House, Bonita Springs, Fl. Chip was born November 22, 1945 in Ashland to the late J. Frederick Jr. and Dorothy Louise Spencer Miller. He was named in honor of his grandfather Roland B. Spencer and his uncle Harold Douglas “Dutch” Miller. His nickname “Chip” evolved from Chip off the old block, referring to his father when he was born, and then turned into Chipper while attending grade school and high school. As an adult he preferred Chip, although many who knew him from childhood still refer to him as Chipper. He loved sports and played from childhood, including basketball, baseball, softball, and football from grade school throughout high school. He was an avid Tomcat fan and former co-captain of the football team. After high school he attended EKU and played football but was red shirted, so, he decided to pursue the only career he ever wanted, which was to follow in his father’s footsteps. He began to work part time with the family business “Miller Funeral Home” and soon knew that it would be a lifetime career. He attended Kentucky School of Mortuary Science and graduated Cum Laude in 1967. He met his wife that same year, and on September 2, 1967 he married Janice E. Renfroe. In November of 1968, they were blessed with their first child Stephanie Elaine Miller. In January of 1972 they again were blessed with another daughter, Cheri Natali Miller. He enjoyed golf from a young age and made friendships that have endured for many years. He played in many local tournaments and won on several occasions and had a few holes in one. He was honored to represent Kentucky with three of his friends at WDW in a national golf tournament. Chip, his family, and his friends, enjoyed horses, horse racing, boating, water and snow skiing. Traveling across the USA to snow ski with his family was enjoyed by all for many years. For the past 25 years, he enjoyed entertaining family and friends at his Florida Condo, always enjoying golf with many old and new friends. He was always competitive and would be proud just winning twenty-five cents. He would pick up pennies, (Heads up of course) for luck. He was a lifetime member of the First United Methodist Church, Kiwanis Club, Elhasa Shrine, Grand Lodge of Kentucky, a Mason for 50 years belonging to Poage Masonic Lodge #325 F&AM, Life member of Elks B.P.O.E. #350, Kentucky Colonel, Bellefonte Country Club (formerly served as a director), and the Funeral Directors Association of Kentucky. He has served on the church finance committee in the past and founded a scholarship fund in memory of his parents given annually to someone pursuing a career in health care. In 2020 he knew his health was starting to decline and sold his business to a fine young man, Jimmy Music who he knew would carry on the Miller Family name and tradition of serving Ashland. On November 12, 2021, Chip passed away of complications due to metastasis renal cell cancer. Chip is survived by his wife of 54 years, Janice Renfoe Miller of Ashland, two daughters, Stephanie Broering and her husband Tom of Fort Mitchell, Ky., Cheri Miller and her husband John Felty of Brevard, N.C., four grandchildren, Loie Felty, Luke Broering, Allie Broering, and Nora Felty. Also surviving are, his brother, J. Fred Miller III, M.D. of Florida, his cousins, Gary Layne of Lexington, Ted Miller (Pat) of Ashland, Gaynelle Spiegel of Dayton, and many nieces, nephews, cousins, and friends. Chip was a hard worker who believed in family, God, and country. He did many acts of kindness and generosity within the community he so dearly loved. He never wanted accolades or recognition for these deeds. A celebration of life for Chip will be held 2:00 PM Sunday, November 21, at Miller Funeral Home in Ashland with Reverend Jeff Bramel officiating. Visitation will be held 6:00 PM to 9:00 PM Saturday and from 1:00 PM until service time at 2:00 PM at the funeral home. Burial will follow services in Rose Hill Burial Park. Condolences may be offered at www.mfhfuneralhome.com . In lieu of flowers contributions may be made to Ashland First United Methodist Church 1811 Carter Ave. Ashland, Ky 41101. Arrangements are under the direction of Miller Funeral Home in Ashland.

The family of Roland Douglas "Chip" Miller created this Life Tributes page to make it easy to share your memories.

Send flowers to the Miller family.