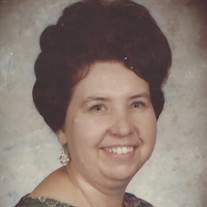 Nellie Frances Jobe Phillips, 83 of Johnson City, TN formerly of Ashland, went to be with her Lord on April 4, 2017. She passed peacefully in her home surrounded by people she loved. She was born November 8, 1933 in Catlettsburg, KY the daughter of the late Everette and Alta Mae Musser Jobe. Nellie lived most of her life in Boyd County Kentucky, however she has traveled and spent time in many places. While in Kentucky she was an active member of Straight Creek Nazarene Church and continued her support through monthly donation all through her life. In her later years she moved to Johnson City, TN where she resided with her eldest daughter, Laura. It was there she happily spent her final days. In addition to her parents, she was also preceded in death by her husband, Grady Everette Phillips; three sons, Willis Phillips, Grady Phillips and Lester James Phillips; two sisters, Shirley Hicks and Faye Fultz; and three brothers, Bob Jobe, Junior Jobe and Denver “Hoot” Jobe. However, her name and legacy lives on through her remaining children, Laura Branham (Anthony) of Johnson City, TN, Cathy Mosier of Nashville, TN and Wilson Phillips of Phoenix, AZ as well as her grandchildren, Mistie Smith, Opal Pagan, Tony Branham, Crissy Marlin and Cheyenne Simerly all of Tennessee and Missy Griffith, Willis Phillips, Grady Phillips, LJ Whin, Angie Fields and Frances Phillips all of Kentucky. Nellie also has many, many great grandchildren, great great gradchildren, nieces and nephews. Nellie was a beautiful woman who lived a full life. She was a caring soul who would help anyone and still tell you how it was , whether you liked it or not. In her lifetime she experienced great love as well as endured great loss. This combination formed her into a strong, resilient woman who fought until the very end. She will be missed by every soul she touched. Funeral services will be conducted 11:00 AM Friday April 7, 2017 at Miller Funeral Home with Pastor Ron Fultz officiating. Burial will follow in the Musser Cemetery. The family will receive friends from 6:00 PM until 8:00 PM Thursday at the funeral home.

Nellie Frances Jobe Phillips, 83 of Johnson City, TN formerly of Ashland, went to be with her Lord on April 4, 2017. She passed peacefully in her home surrounded by people she loved. She was born November 8, 1933 in Catlettsburg, KY the daughter... View Obituary & Service Information

The family of Nellie Frances Jobe Phillips created this Life Tributes page to make it easy to share your memories.