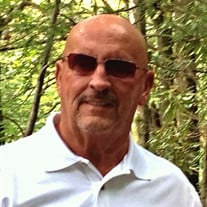 James Hamilton Payne IV, 73, of Ashland, passed away peacefully on July 23, 2014, at King’s Daughters Medical Center after a sudden illness. Mr. Payne was born in Ashland on October 15, 1940, to the late Eunice Dean Payne Sargent and James Hamilton Payne III. He was preceded in death by a stepfather, Frank J Sargent of Ashland; his favorite aunt and uncles Christine Meek Field and Wynn Field, and Luther Meek, of Catlettsburg; and a sister-in-law Judith Hunt Murphy of Knoxville, TN. Mr. Payne, affectionately known as “Ham” to all who loved him, was the beloved husband of Teresa Hunt Payne for 41 years. He is also survived by his only child, Angela Payne Harrison and her husband, Edwin R. Harrison, of Ashland; a brother, David “Dirk” Payne of Ashland; mother and father-in law Pauline and Thomas R. Hunt, of Catlettsburg; a sister-in-law, Tomi Jean Hunt of Catlettsburg; nephews Jason and Josh Murphy; and the true lights of his life, his grandsons, Edwin James “EJ” Harrison and Bentley Hunter Harrison, at home. Mr. Payne graduated from Ashland High School, as well as Eastern Kentucky University’s Department of Criminal Justice Training program for law enforcement officers. He held many jobs throughout his life, including lead insurance agent at the former Meek Insurance Agency in Catlettsburg, where he was Past President of the Catlettsburg Rotary Club. He retired as Assistant Police Chief after a long career with the City of Catlettsburg Police Department. He was a member of the Ashland FOP Lodge #3, and the Ashland Moose Lodge. Ham believed in living life to the fullest every day, and that he did. He enjoyed being outdoors, automobiles, and sports, especially watching UK and Louisville basketball and the Cincinnati Reds. But most important to him was travelling and spending time with his family, especially his two boys. He will be sadly missed by all who knew and loved him, to whom he brought such joy. A memorial service celebrating Ham’s life will be held on Wednesday, July 30, 2014 at 1:00 pm at the First Presbyterian Church in Ashland. Pastor Steve Harris will officiate. In lieu of flowers, the family requests giving to the charity of your choice in Ham’s memory. Miller Funeral Home in Ashland is in charge of arrangements.

The family of James H. Payne IV created this Life Tributes page to make it easy to share your memories.

Send flowers to the Payne family.